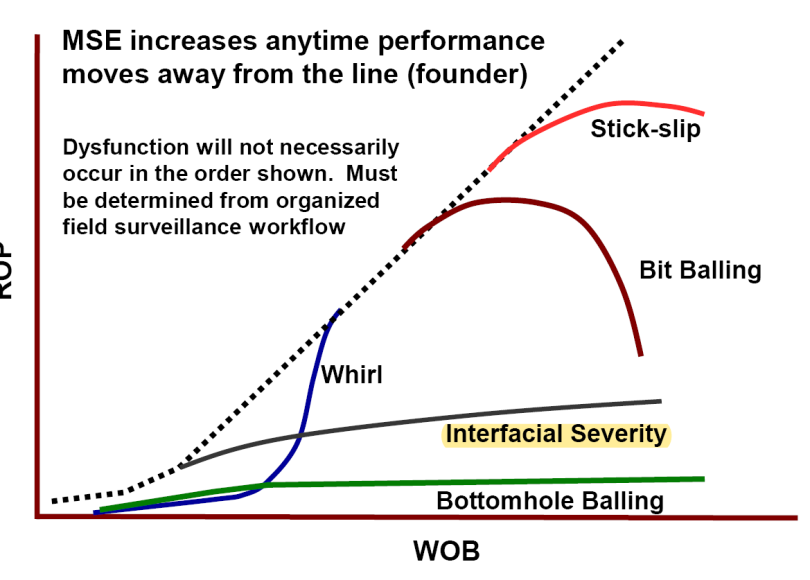 by Fred E. Dupriest and William L. Koederitz, published in 2005

Download this paper. Print a copy. File it in a folder to keep it handy. Go back to reflect on it often.

Yes this paper is THAT good. I looked at the stats yesterday on OnePetro.org:

That’s almost 1 download per day for over a decade. And I think the content will probably still remain valid in another 50 years, much like R Teale’s paper on MSE, as long as we’re still using rotary drilling to create access to underground reservoirs.

The stats of this paper also trumped that of all other papers published by Professor Fred Dupriest (former ExxonMobil Chief Drilling Engineer), because this is where the whole idea of Limiter Redesign and its key elements are explained and demonstrated.

Not only will you find concise and clear description of the physics of drilling, such as bit mechanics (three regions of drilloff curve), mechanical specific energy (MSE), the three common causes of founder, but you will also find ample examples of how to use MSE to identify thoses causes of founder, collected from their exceedingly successful pilot project.

I reached out to Professor Fred Dupriest a few months ago and he was very kind to have taken some of his precious time to talk to me. When I asked him about how Limiter Redesign started, he told me this story:

After the merge between Exxon and Mobil, Fred went through a 300-page DEA90 [a joint-industry project from 1995-2000] report on bit-balling. On the back of one page, there was a plot of MSE vs. WOB showing the bit balling in the lab.

“So I got curious about what MSE was. Then I had also been taught, previously, that you raise the WOB and the response should be linear until something goes wrong. Leon Robinson taught me that.

“How” is more important than “Which”

One of the many things that gave me new perspective when reading this paper, came at the beginning of the introduction. The authors explain the problem that motivated the work presented in this paper:

Drill rate performance is difficult to assess objectively. The great majority of bits are evaluated based on their performance relative to offsets. However, drill rates are often constrained by factors that the driller does not control, and in ways that cannot be documented in a bit record. Consequently, drill rates may vary greatly between two wells running identical bits. The manner in which a bit is run is often more important than which bit is run.

Personally it’s so illuminating I want to repeat it:

The manner in which a bit is run is often more important than which bit is run.

It reminds me of all the deep conversations that I wish I had started in many past well projects, and the missed opportunities to unlock drilling performance.

But it also motivates me to move forward, with a renewed mindset that we CAN and SHOULD “drill every foot of hole at the highest ROP technically and economically possible.”

For those of you who have read this paper, what’s the one thing that strikes you the most that helped with your drilling projects? Feel free to share in the comments.